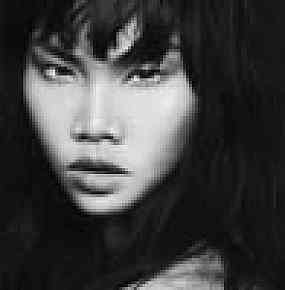 ORIGINALLY POSTED AT Fantasy Literature. After the sorceress Delivev Ormoru rejects his marriage proposal, sorcerer Smada Rezhyk becomes worried that she's out to get him. In order to reduce her powers so that he'll have time to weave himself a protective gold shirt, Rezhyk sends his demon slave Gildrum to impregnate Delivev with Rezhyk's own seed. Gildrum takes on the form of a handsome young knight (Mellor) and shows up injured at Delivev's doorstep. As expected, Delivev falls in love with Mellor, but unexpectedly, Gildrum (who doesn't even have a heart) falls in love with her, too. However, Gildrum must return to serve Rezhyk. He doesn't tell Delivev that he's really a demon -- he lies and tells her that he'll come back after he delivers a message. Sure enough, Delivev becomes pregnant and gives birth to Cray. And, of course, Mellor never returns. When Cray becomes a teenager, he decides to find out what happened to the father whom his mother still loves. This leads to a series of adventures which create more questions than answers. Phyllis Eisenstein's Sorcerer's Son is a pleasant coming-of-age novel. The writing, for the most part, is lovely -- it flows well and is not overdone or pretentious. The dialogue, however, (and there is more of it than their needs to be) is sometimes stilted and unrealistic. The plot of Sorcerer's Son is original and interesting -- especially the parts in which Delivev or Rezhyk appear. Delivev has control over nature -- particularly snakes, spiders, and ivy. Rezhyk summons and enslaves various types of demons who live in a complex world and follow strict rules about summoning. These parts are very creative and entertaining and I found that I have developed a respect for Phyllis Eisenstein's imagination. Unfortunately, I just could not believe in Cray, the hero of the story. He was too nice, good at everything he tried, rarely complaining, and too mature, noble, and philosophical for a teenager. Except for the very rare occasions when he lost his temper, he was boring. I'm not into angsty teenage brooding, but Cray could have used a couple more personality dimensions. The ending of Sorcerer's Son was a little too sweet for me, but if you like that sort of story, then this is a good read. Read this review in context at Fantasy Literature's Phyllis Eisenstein page.