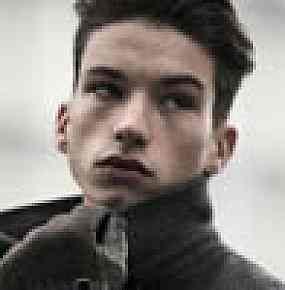 I read this entire book aloud to my husband, during a long road trip to Maine and back, and I actually think this might be a book enjoyed best that way. It is a lovely, simple fable with a philosophical theme that manages not to be heavy-handed or cheesy.

A heavy but thought-provoking read...and it even ends on a positive note!! (Amazing for Dostoyevsky, right?) The Devil in the White City intrigued me in the beginning--well written popular history about the 1893 World's Fair in Chicago interwoven with the story of a creepy serial killer. What was not to like? In the end, however, I thought the two plot threads were not connected enough to carry the book forward as a whole. They coincided merely as a matter of time and place; the murderer had nothing to do with the World's Fair, especially not the endless meetings and professional squabbles with which Larson bogged down the narrative. If a reader was interested in the politics and mechanics of how the World's Fair was built on a short time-table, she could get away neatly with reading only half the book, and a reader interested in the murders could quite contentedly read the other half. So the book did not work as a hole, yet neither half could stand on its own. If I wanted to read a decent history of the World's Fair, The Devil in the White City leaves too much out to qualify--I personally would have looked for a broader history of the fair's reach in American culture, rather than the narrower scope of this book, which focuses on the individual architects and designers who built the fair and argued with one another quite a lot. I must admit, though, that Larson drew his characters well enough that I was initially interested in the architects and designers--but as the book wore on, my interest waned. Larson's approach to the serial killer plot differed significantly from traditional stories on the same subject. Usually the reader follows the detective as he learns the details of the murderer's crimes. Here, we are with the murderer, H. H. Holmes, from the beginning and follow his grisly deeds as they happen. The problem with this approach is that as the book moves forward, the climax ought to be the murderer's capture and trial, since it cannot be murders themselves, which seem sadly commonplace by the end of the book, they've happened so often. But because the reader already knows exactly how Holmes committed his crimes, who he murdered, and what he did with their bodies, following the detective and the jury would be redundant. So in a few last chapters, Larson rushes through Holmes' capture, trial, and execution in an abrupt and unsatisfying conclusion. Larson's structure for this plot line just didn't work. All that said, the book was not all bad. The writing was accessible and good, and Larson did his best to make history suspenseful, which is difficult given that we all know the outcome. The fair gets built, the murderer is captured. No surprises there. Finally, I confess that I skipped generous portions of the World's Fair plot line.