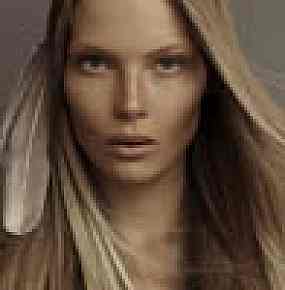 Okay. Rarely do I read other people's reviews of a book that I liked and get annoyed that they didn't like it as much as me. Mostly I just think they're probably dumb. Not really, I'm just kidding. Everybody has different tastes. But I just read some of the reviews on here that didn't like this book, and I kind of want to punch them in the nose. Like the dude down here who says the book annoyed him because some commanders were concerned and grief stricken over a soldier who had a non fatal wound, and were pacing outside the hospital door worried about him rather than out fighting a war. Like, WHAT?! Do some people really have no appreciation at all for what soldiers go through at war? OH MY HECK. (I sensored that last sentence not to have swear words, in case people I go to church with read this. But what I was thinking in my head was way more PG 13 rated.) Anyway, I got sidetracked. This is a book written by a woman (mom of twin 14 month old babies at the time of deployment) who served in Iraq as part of a combat stress team. She was basically a shrink, helping soldiers dealing with emotional and mental distress. I loved this book. At first I thought she wasn't going to be in the thick of things, but when you're the one in charge of mental health of soldiers, all you do is work with soldiers who have been injured, who have had their buddies die in front of them, or who work in the mortuary cleaning dead soldier's bodies and inventoring their personal items to send home to their families. Can you imagine that last job? Can you even imagine your full time job (when none of these soldiers are morticians in regular life, or had ever done this sort of thing before) being to process the dead bodies of soldiers? Pulling an ultrasound picture from their pockets, knowing they were going to be a dad soon and that a young pregnant wife is getting the news that day? I cannot even fathom. But someone has to do it. And despite the fact that this author spent her time on the base (as opposed to out in combat), she was at a combat hospital. Soldiers were coming in bleeding and blown apart, and bodies were brought in in pieces. Rockets would explode nearby. She saw a lot of blood, and held the hands of soldiers as they were dying. This was not a wimpy deployment by any means. I read a book earlier this year about the battle in Sadr City on Black Sunday, but (despite being authored by a woman) it felt to me like it was all from a young male soldier's perspective. This was all from a young mother's perspective. My husband is on his second deployment, and he's in Iraq right now. I am just married to a soldier rather than being one, but I felt a connection to her somehow. I thought this was an excellent, awesome book. I cried. I appreciated her and so many of the soldiers who have gone over there. Weirdly enough, while my husband missed the entire first year of our oldest baby (and missed the birth), and left a 4 and 2 year old for a year again this time, it doesn't seem as bad to me as a mom leaving her kids for only seven months (like this author did). It reminds me of another female soldier from my husband's unit who left her first born child, only six weeks old, to serve a 15 month deployment. Moms leaving their little babies just tears my heart out, but somehow having dads leave seems more manageable. Maybe I'm not being fair to dads. Maybe it's just as awful, but I feel for the moms who leave. I agree with this author's decision to get out of the military after the deployment in this book. Whereever the heck Dr. Heidi Kraft lives, she is welcome to come hang out with me if she is ever in Utah. So if you're reading the reviews of your book on here Heidi, you have a friend. And I'll agree with you that the dude who wrote the review on here about the officers being worried about the injured soldier being stupid is being dumb himself. Dang it. Nobody's ever clicked that they "like" his review. What a shock. We want a "you're dumb" button, please. I'll email goodreads about it when I have a minute.